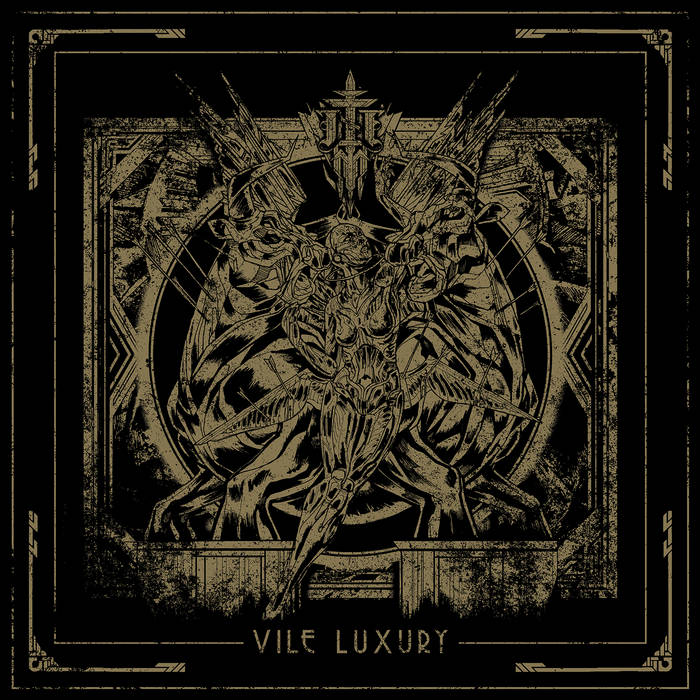 Bruno Balegas Vile Luxury is one of those records that make a difference! Metal sometimes seems stagnant, stuck in a set of rules that have to be followed. The rules here seem to have been thrown out the window in the most amazing way. Metal needed Imperial Triumphant! this record is a landmark and and beacon of inspiration for a musical revolution. Beautiful from beginning to end, strong lyrics and plenty to discover on each listening. One of my all-time favourites! 10/10 Favorite track: Chernobyl Blues.

Dunkler Meister 9/10 | Hot Christ what a roller-coaster. Dissonance at its finest, the mix just muddy enough to not be able to grasp every detail at once but to be confused and scared by a different one each listen. Feels like an abstract, transcendental tour threw New York City from the dizzying heights of the skyscrapers to the frightening catacombs that is the subway system. Favorite track: Chernobyl Blues.

Will Brown Imperial Triumphant refuse to conform to any kind of standard with this record, even their previous releases. It’s an effortlessly perfect blend of black metal, dissonant tech death, and jazz, and goddam does the jazz make everything all the more haunting and engaging. The only comparable band would be portal? And all they do is experiment. The atmosphere here is unique and unreal, it takes you to New York at illmatic levels. Easily a top five modern black metal act, fantastic album, 10/10. Favorite track: Cosmopolis.
more...

Klem Fandango of the Fandango Citadel

New York's nebulous extreme metal outfit Imperial Triumphant have unveiled details behind the release of their landmark new album, "Vile Luxury". The album will released by Gilead Media and Throat Ruiner Records on July 13th. "Vile Luxury" can be pre-ordered on CD and vinyl here (North America) and here (Europe).

Imperial Triumphant have unleashed the first new track off "Vile Luxury" in the form of a NSFW music video. The track, a violent, cacophonous, and wholly challenging take on forward-thinking black metal titled "Swarming Opulence" is streaming exclusively via Revolver Magazine.

Regarding the new track, drummer Growhowski comments, "Much of the inspiration for Swarming Opulence was birthed out of the band’s growing, collective infatuation with the works of Bernard Hermann, Gustav Holst, as well as film makers such as Fritz Lang and Stanley Kubrick. “Gold is the god of New York City," says singer/guitarist Zachary Ilya Ezrin, "Commerce is the foundation of our culture. The one idol that everyone worships here is money; the drive that success is measured in power."

There's a juxtaposition of two elements in the song. One being New York City’s iconic bridges, sky scrapers and bold architecture that harken back to the Art Deco era are heard throughout the song as represented by the brass ensemble (featuring some of New York’s finest horn players). The second is an avant death metal trio that at many times adhere’s to rhythm and timbres that are often found in the music of the Gnawa, a raucous and mesmerizing spiritual music which is utilized in trance, meditation, healing, and exorcism.

Combining these musical elements follows well within the tradition of music in New York, a monolith of the Western world, of constant experimentation and appropriation of all things that enter it, never leaving the same as it came. This song embodies how the opulent petulantly take and take, never ceasing in their gluttony for power until the inevitable demise ensues."


Born in the metropolis: Imperial Triumphant embodies the sounds of New York. The chaos, the menagerie, the perils and majesty of the greatest city on earth. The band portray this great juxtaposition between high society luxury coexisting with absolute filth and urban decay.

"Our city is like the corpse of a giant." The band explains. "What was once so bright, grand and spectacular, is now filled with greedy maggots writhing towards their share of 'success'. We don't support it nor are we against. We only play the sounds of the New York City as we hear them."