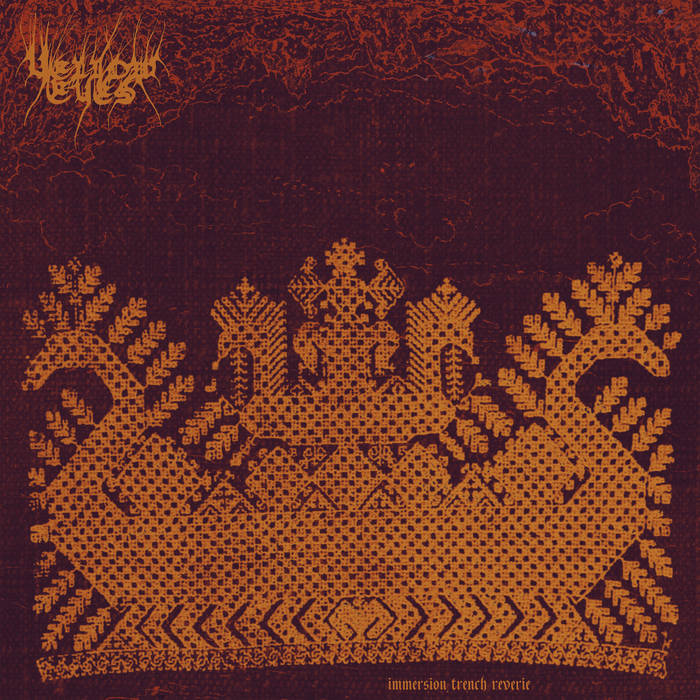 J. Visher Pummeling with hooks. Like reading Dostoievski's Notes From The Underground in a forest clearing surrounded by the minstrels of false prophets as the forest around you is consumed by flames. Favorite track: Shrillness in the Heated Grass.

Metal Marc Once again, Yellow Eyes comes through with the goods. They are building quite the black metal legacy. Favorite track: Velvet on the Horns.

Ben Stephenson A deft blend of esoteric lyrics culled from the topography and ecology of a northern landscape, the pained wail of vocalist/guitarist Will Skarstad, and post-rock melodies reminiscent of Agalloch coupled with more traditional black metal elements. It's just really fucking good... Favorite track: Velvet on the Horns.

fables in death Whole album is amazing, this new album sounds like Yellow Eyes but without sounding like they are writing the same album over and over again. Everything Will does so far has not disappointed Favorite track: Immersion Trench Reverie.

With Immersion Trench Reverie, the seventh release from Yellow Eyes, the band pushes their delirious sound into new territory.

Recorded to tape in the same Connecticut cabin that was used for Sick With Bloom (and other Yellow Eyes releases), Immersion Trench Reverie brims with a familiar shimmering resonance, but infused throughout is an aura of something else— shortly before the early springtime recording of the album, brothers Will and Sam Skarstad returned home from a month in Siberia, bringing with them field recordings and a new sense of exigency in their songwriting. The result is the most complex, pummeling Yellow Eyes album thus far, framed with the sounds of Siberia in the winter: flat bells, wild dogs, and the close-harmony singing of a town’s women's choir. And so the hallucinatory melancholy of Yellow Eyes is cast in strange new light.

The album was recorded, mixed and mastered by the band and features M. Rekevics on drums (Fell Voices, Vanum, Vilkacis, Vorde), Alex DeMaria on bass (Anicon, Obaku), Sam Skarstad on guitar, and Will Skarstad on guitar and vocals (Ustalost, Sanguine Eagle, Vilkacis).

Immersion Trench Reverie will be available October 20th on CD, digital, and LP via Gilead Media and Tape via Sibir Records.