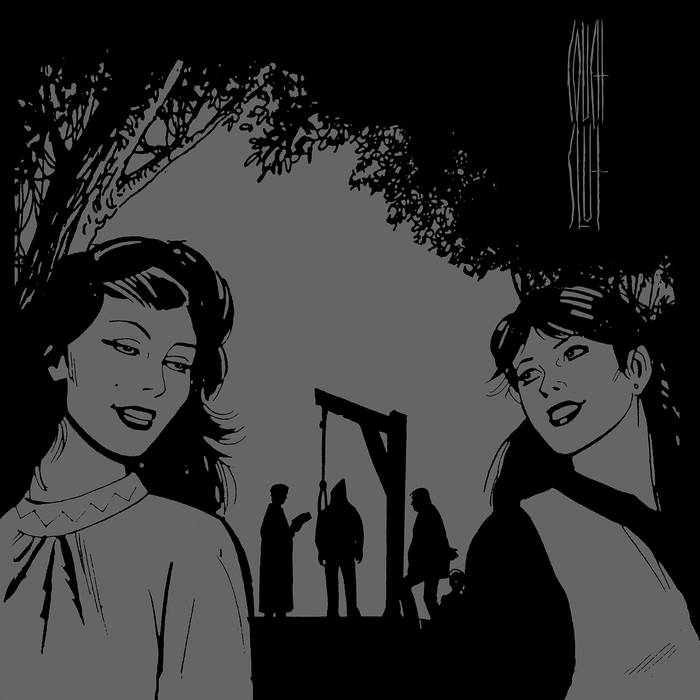 Teal Deer Every time I listen to this it breaks my heart perfectly. Ugh. Thank you for making it. Favorite track: Penalty Scar.

iamspoonbender Confrontation. Definitely the modus oporandi of the band. Amrep recs would be very proud of this band. Noise rock the way it's meant to be. Favorite track: Funeral Dyke.

Mike Swag do you fiend for UGLY music? I do. here's some of the best in town. Favorite track: Funeral Dyke.
more...

From Brooklyn, New York, Couch Slut shook the underground in 2014 with the release of its debut, My Life as a Woman. Stereogum called that album "engagingly smart and terrifyingly blunt" and pegged the sound as "a little bit Oxbow and a little bit Today Is the Day during the AmRep years... It's catharsis through pain, both for the listener and the band. But it's also smart in the way it sets expectations and subverts them."

New album Contempt carries on in this fashion – Couch Slut's savagery and intelligence are both in full effect, adding up to an album that thrills on two levels. Opening track "Funeral Dyke" sets the tone, with a skronking saxophone buried under a grimy, blackened, noise-rock blitz. Later in the song, a tambourine rattles along happily with the beat as vocalist Megan Osztrosits screams, "I will fuck you, now you're dirt!"

Contrasts such as those on display in "Funeral Dyke" are what make Contempt the engrossing, dynamic affair that it is. The band's foundation rests on the scorched earth between Unsane's pounding NYC hate-rock and Darkthrone's mournful metal, but Contempt is filled with surprises. The songs are peppered with odd instrumentation – the aforementioned saxophone and tambourine, as well as tuba, trombone, accordion, viola, and concert bells – and tend to begin on one path and end on another. A cold dirge erupts into a chugging thrashfest; a sludgy rocker slides into a wistful jam recalling Sonic Youth's more tender moments.

Gilead Media owner Adam Bartlett says this: "As a label that releases a fair amount of black metal, doom, and other varieties of 'extreme music,' the concept of visceral and transgressive art is nothing new to Gilead Media. But Contempt may stand as one of the most vicious and unnerving releases in the label's history."

The cover art was created by Leandro De Cotis, the artist behind the X-rated My Life as a Woman cover which sparked many discussions upon its release.

Sporting brains and brawn, Couch Slut makes music that punches the gut and stimulates the mind. Contempt's harrowing version of rock reflects its hometown – dirty, dangerous, dazzling – and secures the band's place in the line of great NYC documentarians, from Sonic Youth to Swans, from Unsane to Pyrrhon.